Why pursue an LL.M. in European Law? The European project offers a fascinating case study for LL.M. studies, looking at how the laws of European Union (EU) member states and those of their union intersect.

As common EU law increasingly permeates the law of individual member states, with legal integration a common goal, there are ample career opportunities for students doing LL.M. programs in European law. As if this area wasn’t already dynamic enough, the UK’s exit from the EU—“Brexit”—has thrown a spanner in the works, and European law scholars are right on the cutting edge, analyzing how European member states will negotiate its legal fallout.

Those who pursue LL.M.s in European or EU Law often head towards careers in European institutions – the European Commission, the Council of Europe, the European Central Bank – as well as roles in the commercial realm, in advocacy, management and academia. 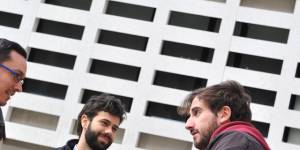 The College of Europe aims to be fundamentally European, operating with two campuses: one in Bruges, the other in Warsaw. Its LL.M. in European Law balances the economic and constitutional aspects of European law, offering courses in EU institutions, constitutional law, external relations of the EU and competition law in the public sector. Both English and French are used as study languages.

Post-Brexit, Paris 1 is well positioned to become a destination for students interested in studying European Law. In addition to covering European law topics in the school’s well-regarded LL.M. Business Law for Foreign Lawyers, Paris 1 also offers a joint program with QMUL as well as a Certificate in European Law.

As EU law continues to exert its influence on civil and commercial law across the union, there's an increased need for specialized LL.M.s that look at the broad interplay between law, economics, and the political environment on the continent. The University of Amsterdam's LL.M. track in European Union Law provides a solid foundation in EU law, and, through electives, allows students to delve into topics such as competition law and trade across the EU. The university’s Amsterdam Centre for European Law and Governance supports research on how constitutional law is evolving across the EU, and it contributes to international discussion across disciplines, including political science and economics.

Tilburg University offers an LL.M. in International and European Law, dealing with the interaction between the laws of each member state and EU law as a whole. The European Union Law track within this LL.M. is for students wishing to specialize in the constitutional foundations of EU law and the European integration process. It includes two sub-tracks: EU Economic and Competition Law and The EU in a Global Legal Context. Tilburg is also home to the European and International Public Law research department, housing European law researchers and hosting public events.

Like the other LL.M. programs based in the Netherlands, Utrecht University’s School of Law offers proximity to international legal institutions like the International Court of Justice and the International Criminal Court. Within the school’s LL.M. in European Law, students choose one of two tracks: Criminal Law, which covers European and international criminal law and human rights, or European Law, which delves deeper into judicial protection and enforcement of EU law and European competition law. The Utrecht Centre for Regulation and Enforcement in Europe (RENFORCE) is hosted by the university’s Europa Institute, combining research from across disciplines, including law.

Saarland University’s Europa-Institut is home to the LL.M. in European and International Law. This program focuses on EU integration of the law, European economic law, foreign trade and investment, international dispute resolution and European human rights protection. Guest professors and lecturers from top EU institutions like the EU Commission, The Council of Europe, the European Parliament and the Courts of Justice join highly qualified lecturers. Students take regular excursions to institutions like these, interacting with EU policymakers. 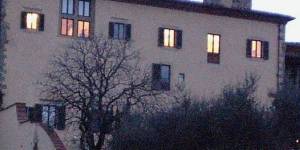 The European University Institute in Florence is home to a well-regarded, research-oriented LL.M. Program in Comparative, European and International Laws. The program is aimed at students who wish to develop scholarly analyses of the law in an interdisciplinary environment. Students attend courses in European, International and/or Comparative Laws, as well as a seminar in legal research. The program is taught by reputable academics and world-renowned experts regularly hold guest lectures.

European Master in Law and Economics

LLM in European and International Law

Shaping the Future of Europe

Students at European Integration LL.M. programs across the continent are learning about the legal aspects of EU expansionand downsizing