A European LL.M. degree is a significant financial investment, because the returns can be so huge, with graduates of top programs enjoying unparalleled career prospects in the legal world. That's one of the reasons why LL.M. programs in European are consistently in demand, and international students from all over the world flock to the continent to study law.

But a leading LL.M. in Europe does not need to cost the world.

Indeed, there are budget LL.M. programs in Europe that offer high quality education without the high fees, even for international students. The continent has several countries in which there is a traditional of low or no tuition, among them Germany, with its strong tradition of public schools, and the Nordic nations. However, there are law schools in other European countries, such as France, Italy, and Switzerland, among others, that also offer LL.M. programs that are friendly on the wallet.

Some European law schools also offer a range of scholarships and other funding options to study on their LL.M. programs, which can help to offset tuition fees and other expenses. This will vary by law school, so make sure you look into all funding options.

Many of these schools are among the oldest in Europe, giving them a sterling reputation around the globe. We’ve compiled a list of the top 10 LL.M.s in Europe for those on a budget, below.

This school, which has been ranked as among the best in Europe by multiple publications, runs several different budget-friendly LL.M. programs, including an LL.M. in European Law and Public International Law, for which it is highly regarded. Having been established in 1636, the Law School is one of the oldest in the Netherlands, which attracts a large and diverse student body, as well as star faculty. 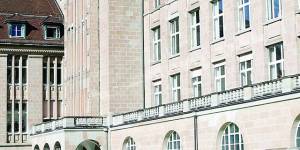 Switzerland may pride itself on luxury, but postgraduate education is among the cheapest on the European continent. The University of Zurich is a case in point, with the tuition fees for its LL.M. programs far below those elsewhere. The Faculty of Law has over 200 years’ experience delivering top notch education. So the price point does not compromise the quality.

This is another seriously affordable school in the heart of France. The Sorbonne Law School is steeped in history and is renowned across Europe and globally. It runs an LL.M. with a Business Law Certificate and several other niche courses, for example on the Arab World and the Middle East that few other institutions offer.

In comparison to the rest of the world, Belgium generally offers affordable higher education fees. And KU Leuven does not disappoint on that front. The full-time LL.M., which can be taken full-time or part-time, is uber affordable. The school is ranked by QS as the 37th best for law studies.

At German public universities, tuition largely remains free or low-cost. Heidelberg University runs a well-regarded LL.M. in German Law, an LL.M. in Corporate Restructuring, and an LL.M. in International Law which is taught partly in Santiago, Chile. The prestigious institution charges a small tuition fee on a per-semester basis. 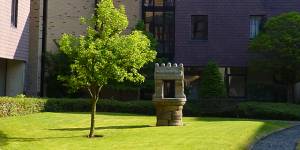 The school is ranked by QS and runs a generalist full-time program as well as a European Law LL.M. Belgium is a country at the heart of the EU’s political and legal worlds. LL.M. students there are therefore afforded a wonderful opportunity to learn from the front lines, close to the Council of the European Union and the European Parliament.

Ludwig Maximilian University of Munich is another top-rated German school that is ranked by some international publications. It offers two heavily discounted LL.M.s, one in German Law and another in European and International Economic Law. Based in Munich, the school has some 500 years of research excellence, giving it a top reputation among law firms around the world.

In many Scandinavian countries, there are no or few tuition fees, and Stockholm University is among the best of them. The school runs an LL.M. in European Economic Law, in European Intellectual Property Law, and in International Commercial Arbitration. There are no fees for students from the European Economic Area and Switzerland, and the fees for others are still a comparative steal.

Bologna in Italy offers a specialist European Master in Law and Economics that is very affordable. The program is run jointly with a throng of other leading universities, so students get a degree from every partner university where they have spent a term. This provides unmatched exposure to such countries as France, Poland and India. 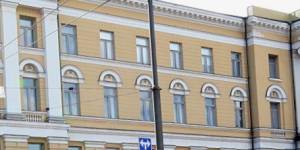 The tuition fees are very low at Helsinki and they only applies to non-EU students. The school runs a Master of International and Comparative Law (MICL) in International Business Law and its mission is to produce both qualified, but ethically responsible legal professionals. The teaching takes into account the hopes and expectations of society at large.