An In-depth Look at LL.M.s in China

China is a booming place, but working as a practicing lawyer is nearly impossible for foreigners. There are still plenty of options, however, for post-LL.M. graduates wanting to stay there.

When Alejandra Tapia finished her undergraduate degree in Panama, she knew that most of her peers did the typical trajectory of going to the US or UK for a master’s.

“I thought, ‘well, that’s the path everyone follows back home,’” Tapia recalls. “And I said to myself, well, I want something different.”

Panama established diplomatic relations with China in June 2017, and with its strategic position on the canal, the country had retained an important commercial relationship with the mainland.

“He always told me, Alejandra you can always just explore and let’s see what you’d want to do—maybe study there,” Tapia says. “I said ‘no, I want be a lawyer and study in Panama.’ But then I thought, well it’s good to be different, good to stand out—plus we are a lot of lawyers in Panama.”

So Tapia researched her options and decided to go to with an LL.M. at the Peking University School of Transnational Law, in Shenzhen. After graduating, she was hired as the China liaison to the Hong Kong office of her law firm back home, where she had worked as a paralegal before graduate school.

“Given the current status of the Chinese economy, so many graduates want to go to China,” says Mo Zhang, a professor of law at Temple University’s joint LL.M. program with Tsinghua University in Beijing. “It’s a very competitive environment right now. Even for our summer internships at the big law firms—we get hundreds of applications.”

China’s economic rise has been a strong magnet for the legal industry, but from almost every angle, the country doesn’t make it easy for foreigners to work there. Non-Chinese citizens cannot practice Chinese law; they can only serve as foreign representative attorneys, or legal consultants.

But that’s no deterrent for international students who want a China background in their legal studies.

“Every student writes in their application about what China is doing in their home countries,” says John H. Aycock, Director of Graduate and International Programs at STL. “The Belt and Road Initiative”—referring to China’s development strategy for connectivity and trade with Eurasian countries—”has become something of a buzzword, and there’s no two ways about it: the Chinese government is investing a lot in these places.”

“Increasingly, firms are getting Chinese clients, so some knowledge of Chinese law, culture, and language is a great asset.”

“Our idea is that because of China’s emerging status, countries and business parties—private or public—need to play ball with China,” says Aycock. “What does it mean for globalization of Chinese law? We’ve talked about interesting legal developments in Shenzhen, about the Belt and Road Initiative, and what that means for lawyering in general—with an important emphasis on multicultural understanding, language ability, and the awareness of multiple legal systems, including common law.”

Tapia recalls that one of her favorite classes, taught by a partner at Baker McKenzie who was fluent in Chinese, dealt with drafting bilingual contracts.

“It was just so interesting to learn about the ambiguities—in indemnity clauses, for example,” Tapia recalls. “Those kinds of things you can’t get in most LL.M. programs—it really gave me the right tools to use in my current job at the moment.”

Temple University, in Philadelphia, offers a joint 15-month program with Tsinghua in Beijing that takes a different approach: it caters to Chinese judges, prosecutors, government officials, and law professors. Mo Zhang, a professor at the program, says that most students come to the LL.M. to improve their legal English, and secondly to have a study of common law. Half are from Beijing, while the other half hail from other parts of China. Upon graduation, most will go back to their previous employers, in hopes of a promotion or transfer to the Beijing or Shanghai office from a regional one.

See all LL.M. Programs in China

Zhang says that some also transfer from Chinese law firms to foreign ones, who “really want someone who is an expert in the Chinese legal system but who can also communicate at a sufficient level in English.”

Job prospects, and some advice

Despite restrictions on foreign nationals working as practicing lawyers in China, the job market still seems ripe for international students wanting to stay in the country after graduation. Zhang says in the coastal cities, in particular, “demand is high” for foreign legal professionals, and all the top international law firms have offices in China, so there’s no short supply of positions.

“If you have a foreign law degree and bar in another country, you could be a lawyer at a foreign law firm, and be an expert in Chinese law,” Zhang says. “And in that way, your salary will be much higher than working as a local consultant.”

But language is important to net that job; Tapis advises LL.M. graduates to really have a grasp of Chinese.

“Try to get to know as much as you can of the Chinese language; it’s really important to have knowledge of culture and language in order to carry out your daily activities,” she says. “At the end of the day, it’s about knowing that you give business cards with two hands, not one—manners and little gestures that all who are interested in doing business in China should know.”

For STL grads, however, staying in China after graduation has been rarer. Aycock notes that one Malaysian student interned at internet startup giant Tencent before going back to private practice back home, while another is debating whether to go back to Uganda for an internship, or start one at a firm in Hong Kong. Another is working on China-Africa relations at a Beijing think tank.

“A lot of graduates have interest in Hong Kong or Singapore—it’s a bit more international than Shenzhen, and the work that they’re doing might be different, they may actually be able to practice law,” Aycock says. “Hong Kong and Singapore have less of a barrier for that. But a big part of it also might be just the desire to return home.”

Representatives from Chicago, Columbia, Cornell, NYU, Northwestern, and Penn Law will be sharing their experiences at top law schools, followed by a QA session and a chance to speak directly with the representatives
Texas A&M Law Unveils Specialized LL.M. Program for Lawyers in Developing Countries Apr 22, 2022
Twelve Law Schools to Hold a Virtual LL.M. Application Event Feb 15, 2022
LLM GUIDE Updates Top LL.M. Lists by Speciality for 2021 May 31, 2021
A Consortium of Law Schools to Hold a Virtual LL.M. Fair in April Mar 24, 2021 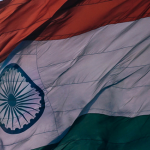 Schools mentioned
How to Pay for Your LL.M.