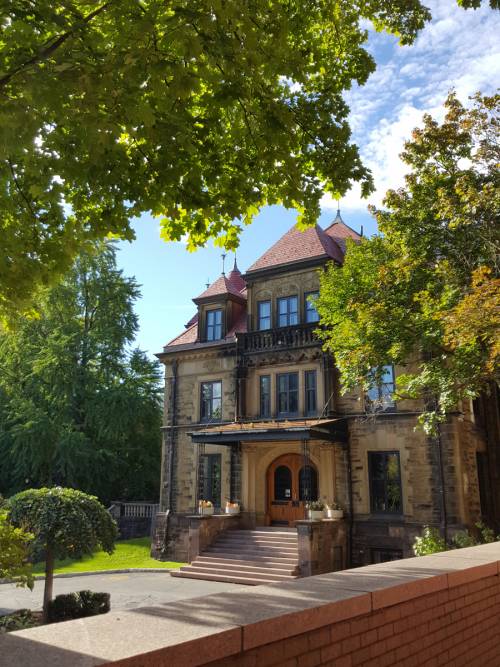 McGill's LLM programs offer a distinct approach to law as a pluralistic, social, and interactive discipline.

Students have the opportunity to participate in cutting-edge legal research, engage with a broad range of research networks, and experience a strong sense of community and collegiality.

Master's students in the Faculty of Law may select a general LLM program that offers maximum flexibility. Alternatively, they may follow one of the LLM programs below.

The Faculty of Law currently offers the following options for students in its Master's program:

The LLM program, whether Thesis or Non-Thesis, offers an outstanding opportunity for students to immerse themselves in the McGill Law community by giving them maximum latitude in designing their program of study.

Most students enroll in the LLM Non-Thesis program. It is geared toward students who wish to explore advanced courses in law and/or who wish to better learn about North American legal culture. The program requires coursework as well as a research project.

The LLM Thesis program is geared toward students who wish to continue their legal education primarily through research. In addition to some courses, students focus on the production of a thesis evaluated by an examiner, but without the requirement of a thesis defense.

LLM in Air and Space Law (Thesis and Non-Thesis)

Click here for additional information concerning the Institute of Air and Space Law.

LLM in Environment (Thesis and Non-Thesis)

The Faculty of Law, in conjunction with the School of Environment, offers a multidisciplinary environment option at the LLM level. This option provides students with an appreciation of the role of science in informing decision-making in the environment sector and the influence that political, socioeconomic, and ethical judgments can have. This option also provides a forum within which graduate students bring their disciplinary perspectives together and enrich each other’s learning through structured courses, formal seminars, and informal discussions and networking.

The LLM program with an option in Bioethics is an interdisciplinary program that emphasizes both the conceptual and practical aspects of bioethics, with students applying through the Faculties of Law, Medicine, and Religious Studies, and the Department of Philosophy.

For further information regarding this program, please refer to McGill’s Biomedical Ethics Unit. 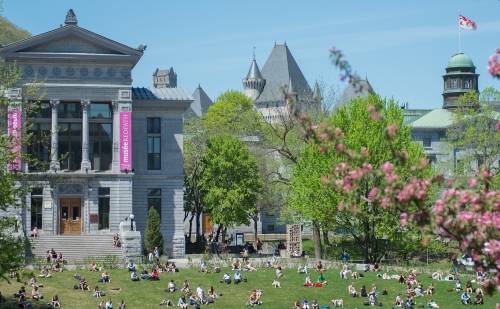 McGill University is one of Canada's most recognized and celebrated institutions. Thanks to the excellence of its teaching and research programs, it ranks high on the global stage and attracts international students from over 150 countries. McGill’s reputation for excellence is based on many factors, including:

McGill has a strong focus on interdisciplinary work with over 1,600 tenured faculty members researching and teaching in more than 400 graduate programs. Students come to experience cutting-edge facilities housed in more than 100 research institutes and centres. A positive supervisor relationship is critical to successful research and McGill offers a host of resources to help you find a supervisor and maintain an excellent supervisory dynamic.

McGill has, and continues to write, a prestigious history since its founding in 1821. Visit the About McGill website to see McGill’s nearly 200 year history of groundbreaking discoveries and momentous milestones.

McGill is known for attracting the brightest minds from across Canada, the United States and around the world. It boasts the most international student body in Canada, dedicated award-winning faculty and a thriving alumni network of 250, 000+ around the globe.

Activities beyond the classroom

McGill grad students are known to achieve work-life balance by complementing their research work with social, cultural and physical activities. These activities include athletics, professional development and clubs. The Post-Graduate Students’ Society (PGSS) offers an array of services and events, including parties and group trips. 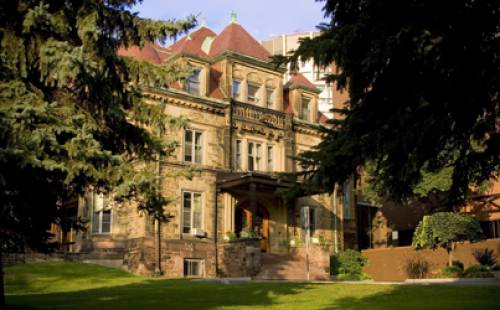 History of McGill's Faculty of Law

From humble beginnings in 1848

Although informal law lectures were being held at McGill College as early as 1829, the oldest law faculty in Canada wasn't officially created until 1848, as a response to a petition from 23 young men who had been studying independently for the Quebec Bar, and wanted their work rewarded with a formal legal degree.

By the time  of Confederation 19 years later, there were 110 McGill law graduates working across the country, including two future Prime Ministers - Sir John Joseph Caldwell Abbott and Sir Wilfrid Laurier - and Father of Confederation Thomas d'Arcy McGee, who would later bear the distinction of being the only Canadian political figure ever assassinated while in office.

In 1853, the Faculty grew to include two Professors and two Lecturers under the stewardship of Dean Charles Dewey Day, who was at the same time batonnier of the Quebec bar. But it wasn't until Sir William MacDonald endowed the Faculty with 200 thousand dollars in 1890 that it was able to undertake the long-range planning and hiring of Professors needed to develop the first-rate institution it would become in the 20th century.

From these modest beginnings, McGill's Faculty of Law has become world-renowned for its overall excellence in teaching and research, primarily through its emphasis on comparative law. Uniquely positioned to reflect upon the West's two founding legal traditions, the Anglo-American common law, and continental Europe's civil law, McGill has occupied a position of leadership in the legal community for more than 100 years.

Over the past 150 years, McGill's faculty of law graduates have served on a number of courts, including eight at the Supreme Court of Canada level, held political office right up to Prime Minister, and assumed leading positions in academia and business. It is this breadth, as well as depth, of interest and ability that helps distinguish McGill from other law schools in Canada. McGill Law professors have always played a key role in the development of the law, both nationally and internationally, and have been front and center in the fight for human rights as well.

This tradition was born with first Dean Charles Dewey Day, who was one of three Commissioners responsible for drafting the 1866 Civil Code of Lower Canada, which remained the primary expression of Quebec law until the early 1990s.

When the time came to revise the Code in the 1960s and 70s, another McGill Law professor, Paul-André Crépeau, became the president and animating spirit of the Civil Code Revision Office. In the century between Day and Crépeau, a number of distinguished civilian scholars - Lafleur, Walton, Marler, Wainwright, Baudouin and Migneault among them - were associated with the Faculty.

In 1946, esteemed Professor Maxwell Cohen joined the Faculty. Under his leadership, the Institute of Air and Space Law was founded in 1951, followed 15 years later by the Institute of Comparative Law in 1966. These two Institutes have played an integral role in expanding McGill's graduate legal studies profile. As Emeritus Professor, Cohen then served as judge ad hoc on the International Court of Justice before retiring.

Cohen was also the man behind the National Programme, inaugurating it with the incoming class in 1968. The newly revamped Programme remains the only one of its kind in the world, allowing undergraduates to develop an appreciation for both civil and common law traditions while working in a bilingual environment.

Other prominent Faculty members have included constitutional specialist, poet, and civil libertarian F.R. Scott, who argued the landmark Roncarelli case before the Supreme Court of Canada in 1959, and later sat on the Royal Commission on Bilingualism and Biculturalism; John Peters Humphrey, the founding Director of the United Nations Human Rights division and author of the first draft of the Universal Declaration of Human Rights, adopted in 1948; Roderick Macdonald, the founding President of the Law Reform Commission of Canada; Dr. Margaret Somerville, founding Director of McGill's Centre for Medicine, Ethics and Law, and an internationally renowned bio-ethicist; Peter Leuprecht, the United Nations Special Representative on Human Rights in Cambodia.

Building a future on a strong tradition

For more than 150 years, McGill's Faculty of Law has been developing legal minds equally at ease with the intellectual rigors of academia and the practical realities of the legal profession. This tradition of excellence is a source of pride for McGill Law graduates, and we look forward to expanding upon this historic base throughout our third century of teaching.

For information regarding the deadlines and required documents, please consult the following link: https://www.mcgill.ca/law/grad-studies/admissions-guide/deadlines-and-documents.

Graduate student life and sense of community are remarkably energetic and enriching at McGill. Look over Student Life and Resources on Campus. 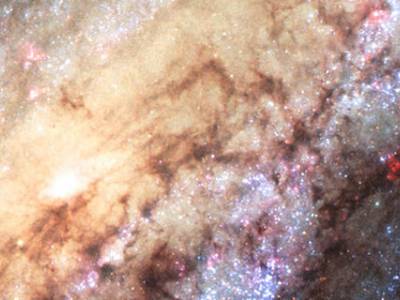 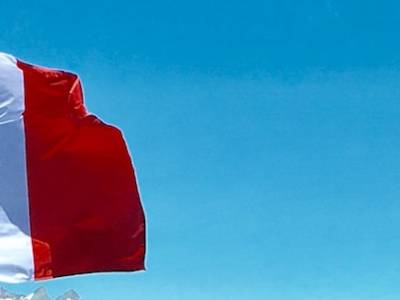 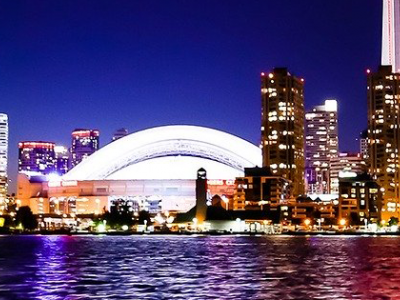 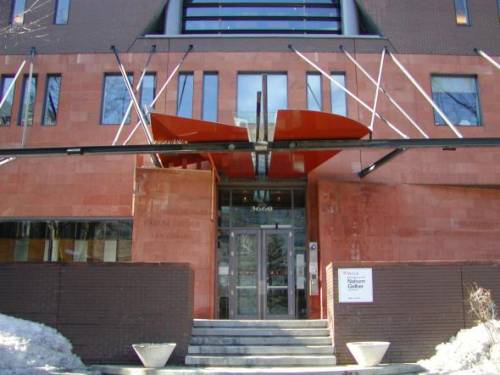 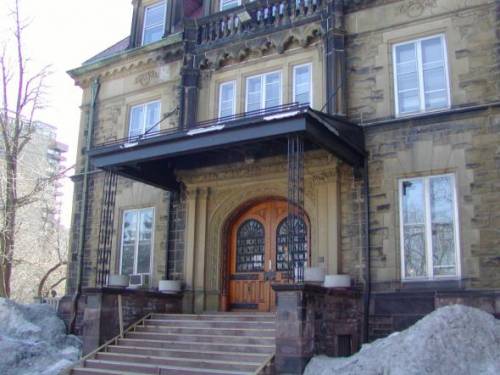 Interested in our LLM or DCL programs? Join our information session on December 1 at 8:00 a.m. ET! >more

Interested in our LLM programs? Join us at the LSGL Virtual LLM Fair on March 12! >more

Interested in our LLM programs? Join us at the Global Law Fair on March 18 and 19! >more