North America may be where most of the world’s top law schools are based, but look further south to Latin America, and there are a wealth of globally ranked and accredited LL.M. programs that are often far cheaper than comparable programs in the US and Canada, and may also come with more unique benefits to students, too.

From Brazil to Chile and from Argentina to Costa Rica, LL.M.s in Latin America are coming of age. The perk for students, is gaining a truly global experience in a region that is becoming increasingly important to the global economy. Growth is robust, bringing with it businesses and jobs.

Another advantage for those who pursue an LL.M. in Central or South America is learning a new language such as Spanish, which is the second most used globally, or Portuguese.

The social side of studying in Latin America can be just as enriching as the learning experience. Vibrant cities, such as São Paulo and Buenos Aires, offer fantastic cultural attractions. So there are a multitude of reason to consider Latin America for your LL.M. We’ve listed 10 of the best such courses below.

The University of Heidelberg may be in deepest Germany, but for more than 15 years, the school has offered an LL.M. in International Law in Santiago, Chile, that is taught over 12 months in both English and Spanish. It’s a truly international course, with a term spent in Germany and courses also available in the Germany language. That provides global experience that could make graduates more employable.

This school in Buenos Aires, Argentina’s vibrant capital city, runs an LL.M. focused on Commercial Law and Business, which is taught in both Spanish and English. The 24-month program provides skills which are highly sought after by businesses, with modules on mergers and acquisitions, labour and intellectual property law, and more.

The LL.M. in International Legal Studies is taught in Santiago jointly by Universidad de Chile / American University Washington College of Law. The course provides in-depth knowledge in several different facets of law, such as free trade agreements, international human rights, and environmental law. The course is taught in English and Spanish on the campus of the Universidad de Chile, one of Latin America’s most famed institutions, which traces its roots to an institution that has been teaching law since 1758.

The Universidad Austral is one of Argentina’s top schools, based in Buenos Aires, a Latin America hub. The school’s LL.M. is taught by a body of 200 superb teaching faculty, who have doctorates or masters degrees. What’s more, the degree is very customizable, with much of the curriculum optional, allowing students to tailor their degree to their professional needs and personal interests.

The school runs four LL.M.s in Contract, Corporate, Tax, and Financial and Capital Markets Law. Both courses are a fantastic opportunity to learn Portuguese, and to live and potentially work in Brazil’s vibrant city, São Paulo, which is among the world’s most populous, with extensive cultural capital, rich architecture, and a growing financial center. Insper itself is a globally-ranked and well-regarded school.

Universidad de los Andes in Bogota, Colombia, runs a successful LL.M. in Intellectual Property. The course lasts for about 18 months and is part-time, with students studying typically two days per week. This means they do not need to quit their jobs or forgo their salary. Bogota itself is Colombia’s capital, home to many cultural attractions such as museums, with a growing business scene.

The law school runs a well-regarded LL.M. in Santiago that can be customized via several different tracks. The cost of tuition differs depending on the track chosen, for instance on constitutional law, business law, tax law or labor law. Santiago has a growing professional services sector and is home to some of the world’s top law firms, such as Baker McKinzie.

The University of the West Indies runs a well-regarded LL.M. taught in the paradise Caribbean island of Barbados. It is highly customisable, with three distinct tracks focused on corporate and commercial law, public law, and intellectual property law. And, as an added benefit, the LL.M. program’s tuition is relatively low.

Ibmec in Rio de Janeiro, runs several specialist LL.M.s. Among the most revered is the degree in business law, which provides participants with a solid background in corporate and tax issues, which are increasingly sought after by the growing number of businesses in Brazil and its commercial capital, Rio. Candidates are required to have at least five years of professional work experience. With a cohort like that, you can be sure the peer learning is as good as the knowledge you’ll get from the esteemed professors. 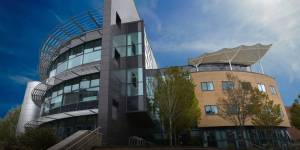 LLM in American or Business Law

Offering an LL.M. in European Economic and Financial Criminal Law

LLM FAQs
Using an LL.M. to Make the Jump to Big Law