Top 10 Budget LL.M.s in the UK (for students from the EU)

LL.M. degrees can lead to lucrative and rewarding careers in private practice, the public sector or academic or publishing. So they do not often come cheap. At the top law schools in the UK, tuition fees for international students can be as much as a new luxury. Not to mention the high cost of living associated with cities like London.

However, for students within the European Union, there can be a significant discount. There are many UK law schools that are ranked highly and offer students from inside the EU the same rate as domestic students pay. This means that for EU students, LL.M. programs in the UK can be found at great values.

Budget-minded students might also consider studying away from urban centers to save on cost of living expenses.

Because of Brexit, the future of tuition fee rates for EU students remains unclear. But for the time being, here are the here are the top 10 budget LL.M.s in the UK for European nationals.

You can also see the Top Budget LL.M. Programs in the UK for International students. 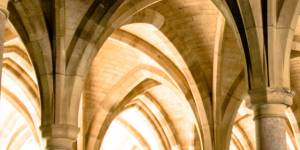 The University of York, in northeast England, is a member of the Russell Group, an association of 24 public research universities in the UK. The school’s law school is quite reputable, with The Guardian’s League Table for Law 2019 placing it fifth in the UK. The school’s LL.M. courses are great choices for EU students on a budget. York runs six LL.M. courses, specialized in International Corporate and Commercial Law, International Human Rights Law and Practice, Legal and Political Theory, Law, Art Law, and Professional Practice.

The University of Sheffield is ranked among the world’s best for law by Times Higher Education. And the tuition fees for EU students are significantly below what overseas people pay. The School of Law runs both a general LL.M. and courses in Corporate and Commercial Law, plus International Law and Global Justice. There’s also a 10 percent fee discount for alumni.

The School of Law at the University of Leeds, also charges below the maximum for EU students, and that fee is less than half what international students pay. The Times and Sunday Times ranked Leeds the 8th best university in the UK for law in 2018. Being based in the major British city of Leeds in the North of England is also a draw, thanks to its employment opportunities and vibrant social scene. The school runs a myriad of LL.M.s, including programs in Intellectual Property Law, International Business Law, and Criminal Justice and Criminal Law. 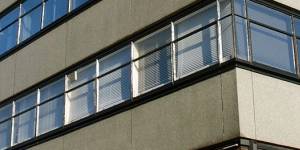 The LL.M. programs at Southampton Law School, at the University of Southampton are affordable and cheaper still for EU residents. Students can specialize in maritime, corporate and commercial, international business, information technology, and insurance law. The LL.M. in Maritime Law is distinctive and highly regarded. Southampton Law School has a global reputation for maritime research and specialist academics who are leaders in the niche field.

The LL.M. program at UEA Law School, at the University of East Anglia, is relatively affordable for EU students. The law school, ranked well by The Guardian, boasts excellent graduate career outcomes. During an LL.M., students can apply for one of 50 internships and there’s an annual Law Careers Fair, as well as careers panels, commercial awareness workshops and mock job interview preparation. Graduates work in all areas, from private practice to government legal departments, international organizations and in academia.

At the School of Law at the University of Essex, the tuition fees are mid-range, signalling high quality of education at an affordable price. The school is ranked by Times Higher Education as one of the best globally, not just in the UK, for law. The LL.M. in International Human Rights Law at Essex is the oldest established human rights law course in Europe, and there are opportunities for students to specialize in niche areas such as international trade and maritime law.

Queen’s University Belfast is one of North Ireland’s top institutions for law, as per the Times Higher Education rankings. And there’s a big discount for residents of the Republic of Ireland or other non-UK EU countries. LL.M. students at the School of Law can specialize in criminal justice, European law, public and environmental governance, human rights, and international business law.

At Ulster University in Northern Ireland, the fees for EU students are exceptionally low. The School of Law is distinctive for being the only one in the UK to run a dedicated LL.M. in Gender, Conflict and Human Rights Law. It also runs an LL.M. in Human Rights and Transitional Justice. Graduates join an invaluable network of 150,000 Ulster University alumni who can help in getting jobs.

The University of Buckingham’s fees are among the cheapest in the UK for EU students. At Buckingham Law School the flagship course is the LL.M. in International and Commercial Law, which focuses on international trade, maritime, oil and gas, and financial services law. Students can opt for a practically oriented curriculum, or, increasingly, there is the opportunity to become a research student.