5 Questions for a Tech Lawyer—Patrick Gibbs

Gibbs, in-house counsel at a tech startup, talks about what life is like for a lawyer specializing in technology law

With tech companies and startups facing increasing scrutiny over issues like privacy law and data protection, future tech lawyers have a lot to prepare for entering the sector. We sat down with Patrick Gibbs, in-house legal counsel at a technology startup in San Francisco, to talk shop about a career in the space and what lawyers can anticipate on the job. Although Gibbs has not done an LL.M., LL.M. students studying technology law can expect to touch on a lot of the issues discussed here.

How did you get to your current position? 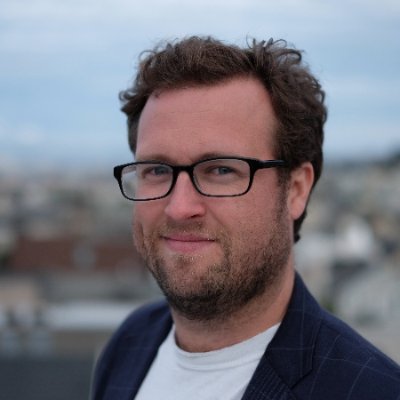 I got my JD from Northwestern in 2012, clerked in bankruptcy court for a year, and then began working for Reed Smith. I left the law firm without a job lined up, but was fairly well connected from living in San Francisco and had been working on some side projects. A few friends starting asking me to handle some legal issues for them—I’d been working on a number of projects in the meantime, but eventually I took on so much work with these guys that I became a part of the team. Once they raised a new round [of venture funding], they had enough space to hire me full-time, and I joined.

What are your main responsibilities as in-house counsel?

I’m head of legal operations for a company called KeepTruckin, which provides a modern fleet management and electronic logs platform for commercial vehicles. I’m a bit of a jack of all trades. I review all contracts, draft our terms of service, and work with the operations team on things like our ordering processes, making sure we’re getting people to agree to the right terms so we can ship out orders and get the right people paid. It’s an ongoing process as the business matures and space matures. But I also regularly interface with larger law firms on different matters if I need help and advice, you know, to make sure I’m not doing something stupid. This includes anything from our terms of service through different deal structures. I don’t run things like fundraising, however—we have a law firm to make sure that process is airtight. If there’s ever an M&A deal or a corporate matter, I’d be working in conjunction—but things like diligence and deal structuring would mostly be for them.

What are some new things you’ve learned at a startup that you hadn’t encountered in law school or previous work before?

I hadn’t worked much on terms of use and privacy policies before, so I’ve done a lot of consulting with people, reading other company’s terms and reviewing the law to make sure we’re doing things in compliance. I’m also working on a lot of partnership agreements—figuring out how to weigh each party’s obligations and risks. I’ve drafted a lot of that from scratch just by reading other people’s documents and figuring out how we’re going to work, and building our own terms. I’ve dealt with commercial agreements in the past, but now it’s really delving deep into these legal clauses that a lot of people will think are boiler plate; I have to think about them, do extensive research, and make sure we know exactly what terms we want in there. When I was at a law firm, I’d always read up on that to make sure it made sense and the references were correct, but someone else above me would be accounting for the substance more.

We’re also dealing a lot with marketing issues—consumer issues, making sure there aren’t unfair competition practices, which I wasn’t super familiar with previously. I studied a wide scale of things in law school, but studying just gives you a general overview. Working at a law firm gave me a lot of experience that I didn’t think was relevant then that I definitely know is now. Partners would give me documents and say, “read this and tell me what’s weird.” But that’s my job now—making sure there’s nothing weird, throwing in things that we need protection for. That experience at the firm and the guidance and mentorship from the partners there was invaluable.

What’s the typical path of a law student who wants to go in-house, and how does it compare with your own experience?

I think a lot of people typically want get out of law firms, although it really depends on the person—some will definitely prefer the stability of a firm. You can find one that won’t crush you, and clients that are cool. I actually really liked the clients and people at Reed Smith [LLP]. I went into renewable energy initially thinking I’d lateral out and go work for a energy company, and from there branch out of the legal team and go into business development or something that touches legal but would allow me to spread my wings a little more than I could being siloed as a lawyer. But I also have a lot of friends who went to tech-focused law firms like Fenwick & West [LLP], Gunderson [Dettmer], Cooley [LLP], and Wilson Sonsini [Goodrich & Rosati]. Once you’re an associate for a client for a while and they need to hire a lawyer, you’re in a good position—you know their business, you’ve been working deeply in their documents, so you know their templates. You can always use your old law firm as your outside counsel; but you’d be going in and dealing more with the day-to-day operations, and if you need something bigger, you can ask your former partners. That’s kind of been the standard operating procedure for someone going straight out of law school who wants to work in-house.

Do you think a Tech LL.M. is worth the time?

I’d think a tech LL.M. would probably be useful, but for the price point not worth it. Although it could be valuable from a marketing perspective—if you’re trying to market yourself and having trouble finding the job you want. But I’m not a very good example. I was trying to get out of law, and now I’m a lawyer at a startup. 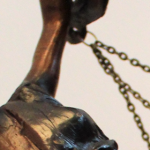