Not Just Catwalks: A Closer Look at Fashion Law LL.M.s

A few fashion-focused LL.M. degrees have cropped up, signaling burgeoning interest in the field. But fashion law isn’t just about the runway and clothes. Here’s an in-depth look at some of the programs offered, and what it takes to break into the industry.

When Susan Scafidi launched the Fashion Law Institute at Fordham Law School in 2010, her initial goal was to try to establish fashion law as a mainstream academic discipline alongside all the other fields—banking law, sports law, securities law, etc.

“I heard a lot of laughter at first,” she says. “But our goal was achieved faster than I’d dreamed.”

The institute was founded with the support of designer Diane von Furstenberg and the Council of Fashion Designers of America, and was the first academic center dedicated to legal and business issues relating to the industry. Fordham’s fashion law LL.M. is also one of the first to offer graduate law students a particular focus on the industry; courses include intellectual property, business and finance—including areas like investment, employment law, and real estate—international trade and government regulation, and consumer culture and civil rights.

Other schools—mostly in New York City—have followed suit. The Benjamin N. Cardozo School of Law at Yeshiva University offers an intellectual property LL.M., and has established a Fashion, Arts, Media and Entertainment Law Center that trains students for jobs in legal creative industries. Val Myteberi, assistant dean of graduate and international programs at Cardozo, says that not all of the school’s LL.M. cohort specializes in IP, or entirely on FAME courses.

“The most important thing for a student who wants to be in this field is to be a problem solver for the creative industries,” she says. “Maybe you’re solving a labor issue, or real estate. It’s not just fashion, clothing, design. You have to think as a business lawyer—licensing agreements, drafting, etc. Students shouldn’t come in and say, ‘we’re just doing fashion law.’ It starts with understanding business.”

At New York University Law School, LL.M. students can also take the Fashion Law and Business course taught by Douglas Hand, a fashion lawyer who also heads a practicum course at Cardozo. Out of roughly 40 students in his NYU course, around 6 or 7 are LL.M. students, Hand notes.

Such programs have been particularly attractive for international students; Fordham’s Fashion Law LL.M. has roughly a 50-50 mix of domestic and international students coming from countries like France, Venezuela, Japan, and Canada. Cardozo’s program draws many French students, while NYU’s course has a few Chinese and Italian students.

“Those perspectives are great in the classroom,” Hand says. “Fashion is a global industry, but there’s a lot of regional specificity—you can have the perspective of someone from Italy, where they have a history of craftsmanship, or a student from China, and take a look at the history of manufacturing.”

As technology continues to disrupt the global economy, fashion lawyers will have plenty on their plates. Scafidi says that today’s biggest legal challenges reflect the broader challenges facing the industry as a whole—and technology has a been a central driving force.

“It’s not only creating cheaper, quicker, and higher quality means of copying, but it's also giving rise to substantial concerns over data privacy, supply chain monitoring, finance—for example fintech and alternative currencies—and the uncertain future of brick and mortar retail, and the real estate it occupies,” she says.

Hand agrees, pointing to the “retail armageddon” that is shuttering many brands’ brick and mortar stores. Clothing retailer J. Crew recently announced the closure of yet another 50 stores after posting continuous losses, while BCBG Max Azria filed for Chapter 11 bankruptcy protection earlier this year after announcing the closure of 120 stores.

“The ability to close stores or negotiate with landlords is going to be a big topic over the next 2 to 3 years,” he says. “That’s again a good example of someone who could train and become a very good real estate lawyer via a big law setting, but then pivot and be very focused on the retail and fashion industry.”

Breaking into the industry will take more than just a keen interest in fashion, or even an LL.M. in Fashion Law. Hand, a founding partner at Hand Baldachin & Amburgey LLP, advises budding lawyers to first and foremost focus on their own training as a lawyer before honing in on their interest in the fashion industry.

“I think it’s a challenging proposition that an LL.M. might move the needle for me as a practitioner,” he says. “What we really look for is well-trained lawyers. They’ll learn about the fashion industry from the trenches. Practice at a firm that will train you to be the best lawyer you can be, rather than assuming you’ll focus on a specific area out of the gate. Sometimes it’s just not possible to know that early.”

Cardozo’s Myteberi agrees; all employers will want the candidate to enter a team with solid basic skills as it encounters a range of legal and business issues. “Particularly if you want to be that in-house lawyer, they’re going to ask—’have you seen [a] license agreement, have you drafted one,’ because Michael Kors is not going to train you.”

Fordham LL.M. graduates have been hired in a range of places, including in-house counsel at fashion brands, law firms, fashion-related nonprofits, as well as companies that are not primarily fashion brands but are expanding into the space. Alumni have taken other tracks as well, such as working for a company that provides brand protection, or using legal expertise in a broader management position.

Cardozo works with a list of roughly 60 companies in the fashion, media and entertainment industries, and focuses on getting students externships that could lead to full-time employment. Myteberi notes that one such student from South Korea recently received an externship at Universal Music Group; it ended up keeping her for the Optional Practical Training (a visa provision that allows an international student to work after studying), and offered to sponsor her H1B visa—which can be a rarity for international attorneys.

After years in the industry, Scafidi has some straightforward advice for lawyers looking to break into the field.

“Fashion law isn’t about shopping and celebrities, and you definitely should not pattern yourself after Elle Woods from Legally Blonde or be the billionth person to announce that you have ‘a passion for fashion,’” Scafidi warns. “Designers and brands are looking, first and foremost, for attorneys who understand their business and the law. Study the industry. Learn about design. Excel at law. Most of all, make yourself valuable.”

“The most important thing about you is not that you want to be hired, but that you can help designers, fashion houses, and stakeholders in the industry accomplish their goals.” 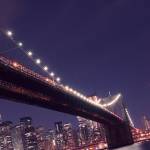