Canada is luring students from all over the world with the promise of foreigner-friendly cities, inexpensive programs and a history of both civil and common law

Let’s get down to brass tacks: The University of Toronto’s LL.M. program is around half the cost of an LL.M. from Harvard.

But don’t make the mistake of thinking that low cost means low quality. Canadian law schools like Toronto, McGill University, and Queen’s University may be affordable alternatives to their American counterparts but they are also world-class institutions offering robust LL.M. programs for both domestic and international students.

However, the low price isn't the only reasons students are drawn to these schools. Students come from all over the world to take advantage of Canada's international and welcoming cities, including Toronto, half of whose population was foreign-born in 2011, and Ottawa, the country's bilingual capital.

“There are so many people with English not being their first language,” says Ido Catri, an Israeli student at the University of Toronto who's interested in human rights, international law, sexual diversity, and how those three topics fit together. “No one's making a big deal about my accent. They have people from all over.”

Toronto, he adds, “has a more international perspective than other places in North America, which are more locally focused.”

Similarly, at the University of Ottawa, half of all LL.M. students come from Canada, while the rest come from countries all over the world, including Nigeria, China, India, France, England and various South American countries, says Assistant Dean Sochetra Nget.

Nget and other officials say that these international students aren't drawn only by the fact that Canada is renowned all over the world as a friendly and welcoming place for immigrants. They also come to experience Canada's unique bijural heritage. Canada's national law is drawn mostly from the common law tradition, similar to the system used in the United Kingdom and the United States, but Quebec's legal system is based on a civil law system, similar to the system in France and other European countries. Most law schools focus on one system or the other, but at the University of Ottawa, students can study both.

Mariana Mota Prado, associate dean at the University of Toronto's graduate law program, says another reason international students are drawn to Canada is that the Canadian legal system is much more analogous to many developing countries' systems than the American or British systems are. This is because the Canadian system evolved throughout the 20th century as the country gained complete judicial independence from the United Kingdom.

“For a number of people from developing countries, like myself, the experience that Canada has, we have a charter of rights that's much more recent than the constitution in the US or even the English legal system,” says Prado, who's originally from Brazil.

“That allows for a type of analysis that's much closer to the experience that they will be developing in their own home countries.”

Besides its bijural heritage, Canada is also the product of two linguistic traditions—French and English—which means that its schools present a wider range of options ot French speakers. The University of Ottawa is a bilingual institution, presenting its LL.M. courses in both French and English, and Quebec is home to several schools with bilingual programs, including McGill University, Université de Montréal and Université de Sherbrooke. Students in Quebec will also find schools that instruct solely in French, including École des Hautes Études Commerciales in Montreal and Université Laval in Quebec.

Canada also offers something else that the United Kingdom and the United States don't offer: a friendlier immigration process.

“In general, Canada is just a very friendly country to immigration, so for the students who are not planning to go back to their home countries but would like to be living here in Canada, the LL.M. might be an interesting way of seeing how life is here, experience it a little bit and get a sense of the legal profession before they commit,” says Prado.

Canada offers a three-year work visa to students from other countries who want to start their careers in the land of hockey and maple leaves.

However, Michael Pratt, associate dean of the faculty of law at Queen's University, says he's not sure that Canada's work visa lures many law students.

“You need to go through an accreditation process to become lawyer in Canada,” Pratt says. “This is an important difference, because a foreigner doing an LL.M. in the US, if they immediately take the bar exam, they are immediately employable. In Canada it's a longer process, so the LLM doesn't translate into a title that's immediately marketable for foreign lawyers.”

“The red tape to practice law in this country is pretty intense.”

But for Ido Catri, that's not as much of a concern right now. He finished his LL.M. this spring, but in September, he's starting a doctorate program— at the University of Toronto. And he only has one thing to say about that.

Khadija Sc...    |    Oct 30, 2017 06:39
There are LLM courses like "LLM Canadian Common law" in Osgood Hall and University of BC introduced to make the bar exam easier for students like me who are foreign trained lawyers I'm a graduate from and practicing law in Pakistan for 3years now. The question here is what is my best est option for LLM if I want to stay or study in Montreal Quebec. McGill University offers no such LLM which will help me get through the NCA exam, what LLM should I go for if I want to practice law in Quebec and what will be my options with the NCA and wether such a course is available at MCGILL University or not ? Please answer
Reply

Firstly, where shall I get my LLM degree from within Canada i.e. a) calgary University? It would also be essential to note here that I would intend to specialize in Intellectual Property Law, divorce cases
Secondly, I am looking forward to settling down in Canada, thus what types of examinations would I be required to give?
Thirdly, would an LLM specialized in Intellectual Property law be a good course to study with the ultimate objective of settling down in Canada?
Fourthly, should I apply for the status of a PR prior to my LLM application?
Fifth, I have completed my 5 year law course from India, is it of any relevance or would I have to start from scratch in Canada 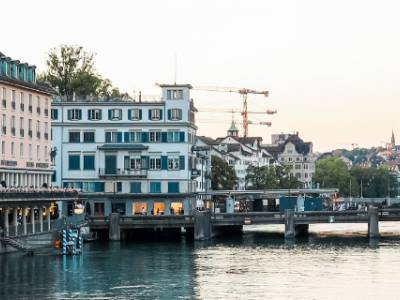 Top LL.M. Programs for Intellectual Property (IP) Law
Fortunately, there are many career opportunities for a legal professio...
Top 10 LLMs in Air and Space Law
Regulators, airlines, airports and manufacturers are all grappling wit...