There are abundant benefits to studying for an LL.M. degree in France. There are numerous leading law schools that provide high quality education, but also excellent job prospects in France, Europe and overseas. There is also easy access to powerful European institutions including the International Chamber of Commerce and the International Energy Agency, which offer students great experiential learning opportunities.

A highly metropolitan country, students enjoy studying alongside diverse cohorts, especially in the capital city, Paris. The lifestyle is another perk: the major metropolises like Paris have famous art galleries, museums and cuisine, though the cost of living can be higher in these cities.

Nevertheless, France is a fantastic place to do an LL.M., and here are the top 10 law schools you should be considering.

The school offers a highly-regarded LL.M. program in International Business Law that is taught in Dubai, Paris, Mauritius and Singapore, offering unparalleled global exposure that is so important to practising law. Université Panthéon-Assas (Paris 2) is internationally recognized as one of the top law schools. 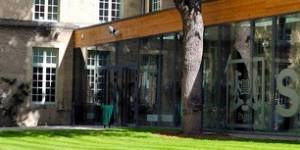 Sciences Po Law School takes advantage of its close proximity to international agencies such as the OECD and UNESCO, and renowned arbitration specialists. The learning is highly experiential: there’s a global moot competition that has been running for 14 years. The school runs LL.M. programs in Economic Law, and one in Transnational Arbitration and Dispute Settlement, among other courses.

Queen Mary University of London (QMUL) may be a UK-based school but the top-ranked institution has been running LL.M. programs in the French capital since 2013. The school recently said it would establish a Paris-based LL.M. in Technology and Telecommunications Law, for those who wish to tap into the city’s technological prowess, thanks to a French national strategy that includes €1.5 billion investment in artificial intelligence. 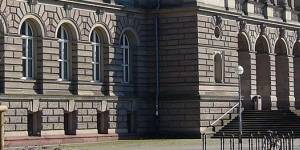 Set up in 1875, UJM is one of the oldest and biggest law schools in France, with 20 master’s programs in law, and all the LL.M.s are taught exclusively in English, the global language of law and business. The flagship course is the LL.M. in International and European Business Law. Many of the professors who teach on the program have worked for international law firms or business groups such as the European Banking Federation. The course mixes theory and practice, preparing students for a wide range of roles in law firms, companies, agencies and NGOs. 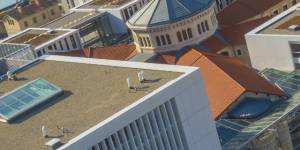 Lyon Catholic University has two LL.M. programs focused on international business and trade law. Students spend time with other schools in New York, Chicago, London and Ireland, providing a superb global perspective, which is essential for practising business and trade law. Lyon Catholic University is one of France’s oldest, having been established in 1875. The Law School draws top academics, who work for leading trade organizations such as the WTO and international agencies like the OECD.

HEAD Law School was established in Paris by global business lawyers and professors, so it has a real-world cache. The school has partnerships with more than 40 leading law firms and companies, which provide students with mentoring, career guidance and internships. Students also work on pro bono projects with non-profit organizations to help those in distress. There are several highly-regarded business-related LL.M. programs on offer: in Business Contracts, International Tax Law, Labor and Employment Law, and Mergers and Acquisitions, among others. 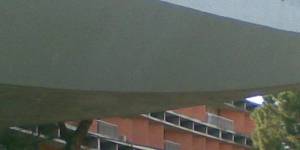 Although it was founded in 1968, Université Toulouse 1 Capitole has its roots in the original University of Toulouse, which was created in the 13th century and closed in the wake of the French Revolution. The school offers an English-language Master in International and European Law (MIEL), which is split into two years and covers various topics relevant to international and European law.

EDHEC is a business school but it nevertheless runs a well-regarded LL.M. in Law and Tax Management that is taught in Lille. The school itself is ranked highly for its business studies, and that expertise gives law students a solid grounding in tax management, with students going into a wide range of jobs in the legal world, including as business lawyers, in-house counsels, and compliance officers.

One of the oldest LLM programs around, offering 95% employability, a 1,250+ strong alumni network from 108 nationalities