We are living in the “Asia century”, with steady growth in some economies and two big China-led projects that have given lawyers a mood of optimism across the Asia-Pacific region. The Greater Bay Area development and the Belt and Road Initiative have the potential to generate lucrative opportunities for law firms.

Aside from the buoyant-looking job prospects, another reason to come to the region is for its leading law schools. Indeed, law schools across the Asia-Pacific region, in countries like Australia, Japan, China (as well as the semi-autonomous Hong Kong), have come into their own in the past years.

From Melbourne to Singapore and from Hong Kong to Taiwan, there are a plethora of top LL.M. programs to pick from. Here are the best 10.

National University of Singapore, a top-25 school according to the law ranking from Times Higher Education, has global acclaim. The Faculty of Law was also featured LLM GUIDE’s Top Lists for Business Law, Banking/Finance Law, Technology Law, and Maritime Law. The law school runs two top-rated LL.M. degrees, a generalist course and a specialist one focused on International Business Law. 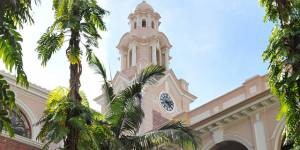 The University of Hong Kong well-known throughout Asia, and globally. The school is ranked by QS as the 18th best law school in the world. At the Faculty of Law, a highly practical and customizable program is on offer. The LL.M. degree features “capstone courses” – real-world law projects or research projects — as well as electives in subjects such as Human Rights and Public Law, Admiralty and Shipping Law, and Intellectual Property and Information Technology Law.

The University of New South Wales in Sydney is another top-25 law school, as per THE’s ranking. The UNSW LL.M. is open to law and non-law graduates, who will take extra courses to get up to speed. Thus, a key feature of the program is the opportunity to engage with a diverse range of classmates from a myriad of backgrounds and industries. Past students include everybody from kickboxers to charity owners. 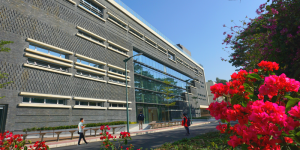 Peking University in China is the 23rd best law school in the world, according to QS. Peking University School of Transnational Law has a flagship LL.M. that emphasizes Chinese law and legal traditions, but also dives into global law. Students study advanced economies, technological innovation, global financial services, and internationalization. Graduates go into top jobs in the private and public sector, and legal academia around the world.

Another top-ranked Chinese school according to QS, Tsinghua University’s School of Law runs an LL.M. program in Chinese Law that is designed to help foreign lawyers work in the country, giving them insight into the legal and societal norms of China. It’s taught in English but learning Chinese is a key part of the program. Alumni tend to work in Beijing, Shanghai and Hong Kong. 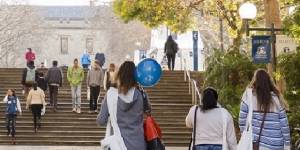 The University of Melbourne in Australia was ranked by Times Higher Education as the best university in Australia for law in 2020. Melbourne Law School’s LL.M. degree reportedly has one of the largest subject ranges in the world — typically more than 180 subjects are taught each year. They range from Islamic Law and Politics in Asia to Advanced Payment Devices and Fintech, to Artificial Intelligence and the Law, to International Petroleum Transactions.

The Chinese University of Hong Kong is ranked highly by the QS league table for law. The school’s LL.M. in Common Law provides students with substantive knowledge of Hong Kong Law and common law tradition more widely around the world, focusing in particular on Singapore, Australia, New Zealand, India, Canada, the UK and the US. There’s also an LL.M. in Chinese Business Law, an LL.M. in Energy and Environmental Law, and a course in International Economic Law. 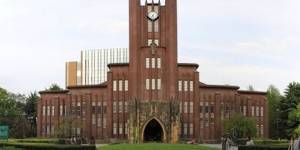 The University of Tokyo in Japan has a well-established Faculty of Law. It traces its roots to 1872 and has been a central force in law practice and research within Japan. LL.M. graduates will thus enter a vast global alumni network that exceeds 60,000. The school couples law with political science, as they support each other mutually. The school offers an LL.M. program in Legal and Political Studies.

The College of Law, at National Taiwan University (NTU), is the strongest of Taiwan’s law schools, according to league tables. The school’s LL.M. is a research intensive degree taught in a mixture of Chinese and English. The first year is devoted to coursework and the second to thesis writing. One big perk is that the LL.M. is very affordable, compared to some other schools in the Asia-Pacific region.

Ranked by a number of major publications, the University of Auckland is one of New Zealand’s best-known universities. Its Faculty of Law was established in 1883 and has a storied history. In addition to offering LL.M.s by coursework and research, the school also offers a Master of Legal Studies and a Master of Taxation Studies, among other programs.