In many countries, English is the language of law, so students from outside English-speaking countries who want to study an LL.M. in the US or UK will need to prove their English proficiency. Most top law schools require students to submit either a Test of English as a Foreign Language (TOEFL) or an International English Language Testing System (IELTS) score. The internet-based TOEFL is scored out of 120, while each of the four sections of the IELTS is marked out of 9.0.

Many of the best law schools won’t admit students with a TOEFL score below 100, or an average IELTS score below 7.0. But some do, though only for exceptional candidates and in certain circumstances. We’ve found the 10 top law schools that do waive the two English language tests so that you don’t have to.

UCLA Law usually admits only applicants whose TOEFL score is well above the minimum range required by the school — 590 on the paper-based test, 342 on the computer-based test, or 96 on the internet-based test. But at the highly-rated Californian law school, “outstanding applicants” with slightly lower test scores will not be disqualified on this basis. And if you studied law at an English-speaking school, you don’t even have to submit a TOEFL score with your LL.M. application. 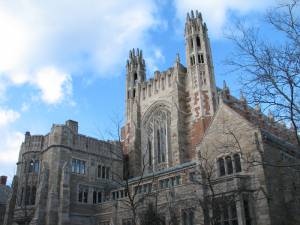 There are few schools in the US as prestigious as Yale Law, a member of the globally acclaimed Ivy League. This prestige is reflected in the high admission requirements: most overseas LL.M. applicants are required to submit a TOEFL score, with the minimum being 100 on the internet-based test. But applicants who have at least a four year degree from a top US university, or one from a school in the UK, Australia, New Zealand, Ireland, Canada or Singapore can request a TOEFL waiver.

The Edinburgh Law School is one of the world’s best, consistently ranked well by all the major league tables. The school in Scotland, part of the UK, may grant language test exemptions to outstanding candidates who studied a law degree in English at a recognized higher education institution in a majority English-speaking country, and no earlier than three years before they would enter the LL.M. program. In addition, the school offers intensive English language courses to help overseas students get up to speed in the most common law language.

The Washington College of Law is one of America’s most revered institutions, having been ranked consistently highly in a myriad of league tables. Even better news: the respected school may waive the TOEFL or IELTS for some candidates from one of 44 countries across Europe, Africa and the Middle East, North and South America if they have a first degree from a university that teaches primarily in English.

The Californian school requires that applicants who are not US citizens or permanent residents, take the TOEFL or IELTS. But USC Gould will waive both tests if students speak English as their native language, or have an undergraduate degree from an institution where English is the primary language of instruction. The school does not have a minimum TOEFL or IELTS score, but USC Gould recommends a 90 and a 7.0 or above, respectively, in the tests.

Queen Mary offers admitted students the option to attend several weeks of professional English language training. The school requires a 7.0 IETLS score for admission but applicants with scores as low as 6.0 can take 13 weeks of the English classes and be admitted to the highly rated London LL.M. course. 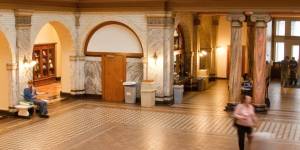 The Kline School of Law in Pennsylvania, “strongly encourages students with lower TOEFL or IELTS scores to apply” for a place on its LL.M. program. Students with lower scores but who meet the other requirements for the LL.M, which include academic transcripts, letters of recommendation and a CV, are often admitted, but only if they complete Drexel University’s own English language test. 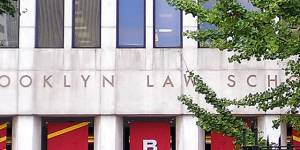 Brooklyn Law School in New York City requires a minimum internet TOEFL score of 95 and an internet IELTS score of 95. But applicants with “slightly lower scores may be accepted upon demonstration of strong proficiency in English”. In addition, candidates whose native and working language is English and whose first degree in law is from an English-speaking country, may not have to take English proficiency tests at all.

The UK school requires a minimum IELTS score of 6.5 and an internet based TOEFL score of 92. But there are exceptions. Those whose English is not up to scratch can take language courses at the school’s specialist ELCOS unit before the start of the academic year. Duration depends on the candidate’s level of English proficiency: it ranges from four to 42 weeks, and in price from £1,000-£10,500.